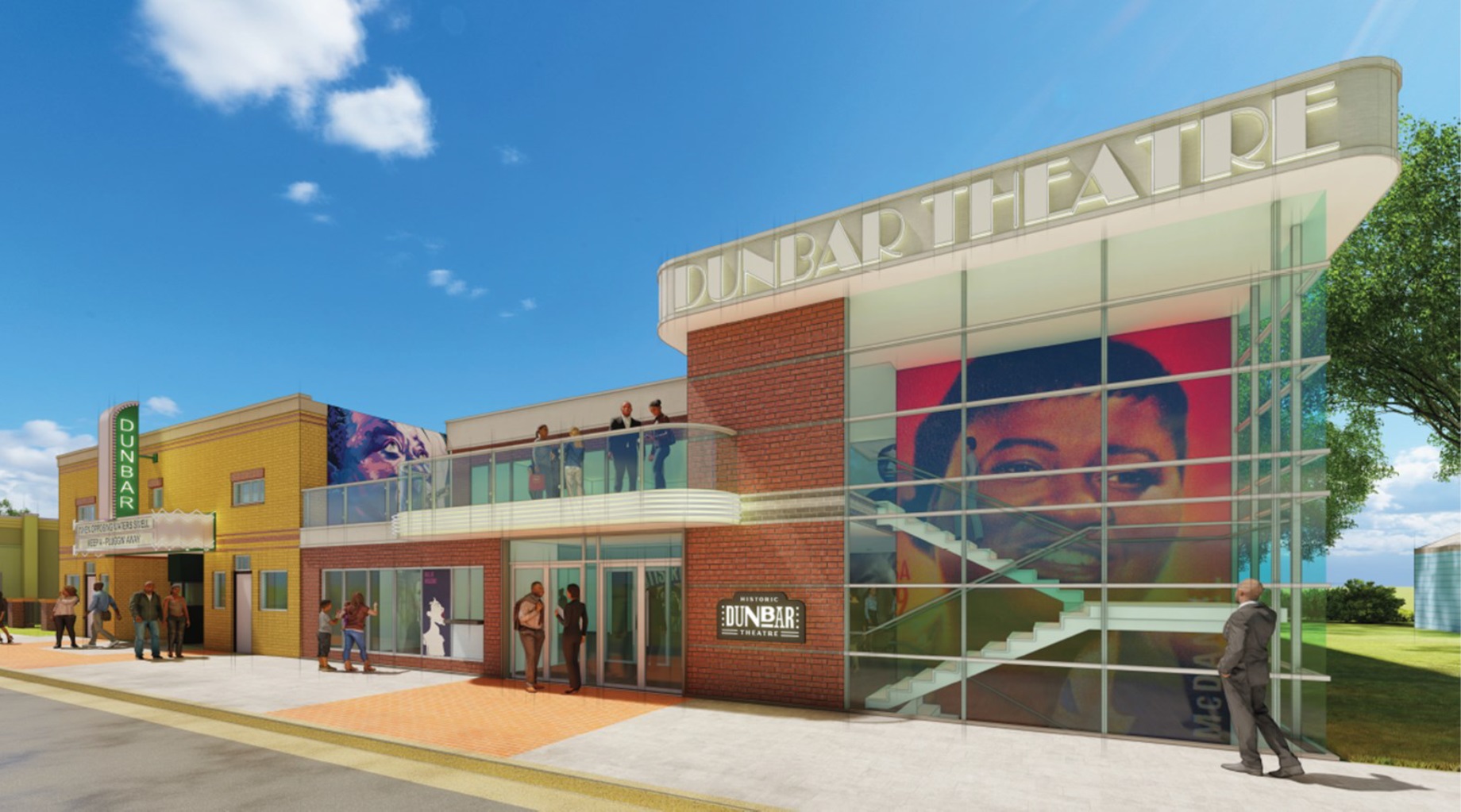 Named for poet, novelist and playwright Paul Laurence Dunbar, the Dunbar Theatre was built in 1941. It served as the heart of the McAdams community’s entertainment corridor in Wichita. The theater operated as a movie house until its closure in 1963, and the building fell into disrepair as the neighborhood suffered from blight and dwindling city services.

In 2016, CJAM was engaged to conduct a feasibility analysis including the architectural considerations of code, zoning and adaptable reuse options. CJAM developed a comprehensive business plan to relaunch the theater as a cultural anchor and economic catalyst in the McAdams neighborhood. Through dozens of interviews and several community forums, CJAM’s final presentation to the Wichita City Council resulted in new visibility and partnership with city officials, universities, local businesses and the community. CJAM’s comprehensive study yielded nearly $3 million in real estate proceeds now designated for the restoration effort.

Be proud, my Race, in mind and soul;
Thy name is writ on Glory’s scroll In characters of fire.
High ‘mid the clouds of Fame’s bright sky
Thy banner’s blazoned folds now fly,
And truth shall lift them higher.